A brief history of this ancient batik motif and my own experimental interpretations.

Having spent many years as a batik artist, using this versatile and rewarding technique to make batik portraits and paintings, it has only recently become important for me to explore its traditional history. Last year during my trip to Yogyakarta I saw a wide range of batik, from early traditional to current contemporary and throughout I recognised recurring motifs.

I have written about the ancient forbidden motif Kawung in an earlier post, this time I am focusing on the even more prestigious and well known batik motif of Parang.

The Parang was once one of the “Larangan” designs, a proscribed and prohibited motif reserved for the royal courts of Yogyakarta and Surakarta, some Parang were worn exclusively by the King. Traditional Parang from Yogyakarta consisted of slanting parallel rows of dagger- like segments, arranged repetitively on contrasting colours of cream white, brown and indigo. It was known as the sword pattern or the tongue of fire and was related to the “Keris” ceremonial dagger, promoting strength, power, authority and speed. The characteristic curved lines of Parang could also be translated as waves in the sea, symbolising the power and greatness of nature. Legends emphasised the supernatural power of the Parang to bring victory in war, protection and healing of the sick.

There are several variations of this striking diagonal design with its sweeping lines and rows of “Mlinjon”, lozenge shaped circular motifs. They range in size from the 2cm “Klitik” to the giant 12cm Parang Barong.

Parang Klitik was worn in the past only by princesses and symbolised subtle and wise behaviour, calm and tenderness, an elegant feminine design said to give the wearer strength in her principles. Klitik is a delicate rendering of Parang, a small motif creating an overall textural pattern with a lightness of character.

Parang Rusak or “broken knife” design is widely associated with Sultan Agung, the 17th-century ruler of the court of Mataram. It was worn by the royal family on state occasions, seen as having symbolic royal power and cosmic energy. It was meant to encourage wisdom and nobility, control desires and win over evil. The design has strong diagonal lines and softly folding parang shapes.

Parang Barong was a sacred pattern worn only by the King and the name was derived from the translated words rock and Lion. This pattern was bold, consisting of large flame or blade like shapes arranged in strong diagonal bands. This motif would remind the ruler to be responsible, honest and just, giving him power and dignity.

Parang Curigo is worn by women to show their loyalty to their husbands, curigo means suspicion ! It is said that the wearer will have intelligence, dignity and serenity.

Parang Baris was a traditional Central Javanese motif of stylised daggers in slanting bands, without the mlinjon of other Parang designs. ( Mlinjon are the circular shapes at the ends of the blade segments.)

My own Parang Batiks

Parang motif arranged as fire, with Phoenix like bird rising from the flames. The Ceplok and Kawung symbolise immortality and the long journey to eternal life. In my work over the past month I have endeavoured to understand the Parang motifs. Using the various designs in non traditional colours and experimenting with the juxtaposition of images and other motifs I am discovering new territory for my batik. I am finding it very inspiring and feel I have only started revealing the enigmatic history of these ancient motifs.

Parang Curigo, Parang Barong, Semen and Kawung batik motifs dominate the background of this portrait in batik. Semen is a motif that means to sprout or grow and is filled with stylised flowers, birds and animals.

Batik motif Parang translated as a modern batik artwork in green and purple. The Kawung symbolise a journey to eternal life and wisdom.

In this batik the butterfly is surrounded by motifs that suggest symbolic fertility, life force and protection. 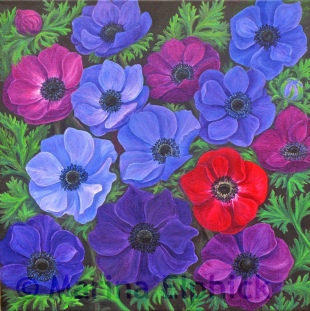 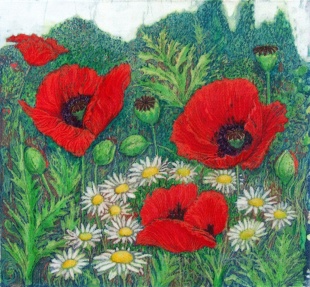 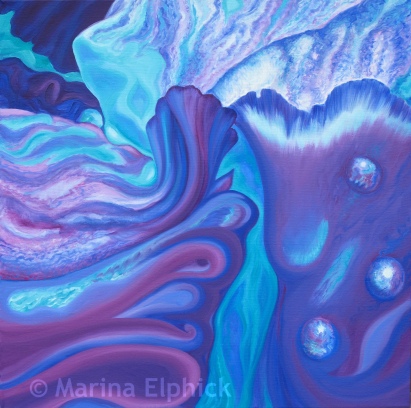 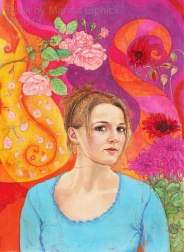 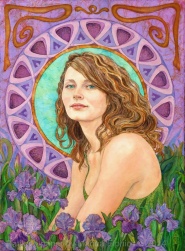 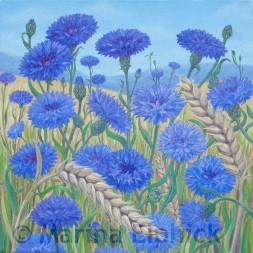 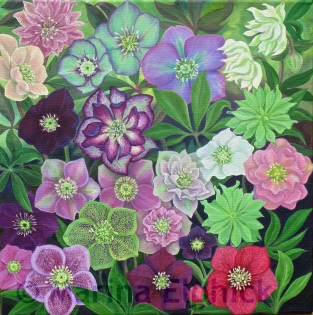 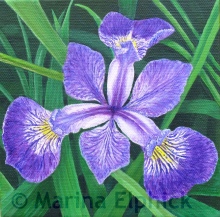 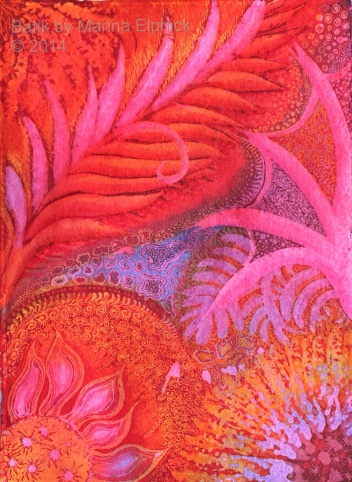